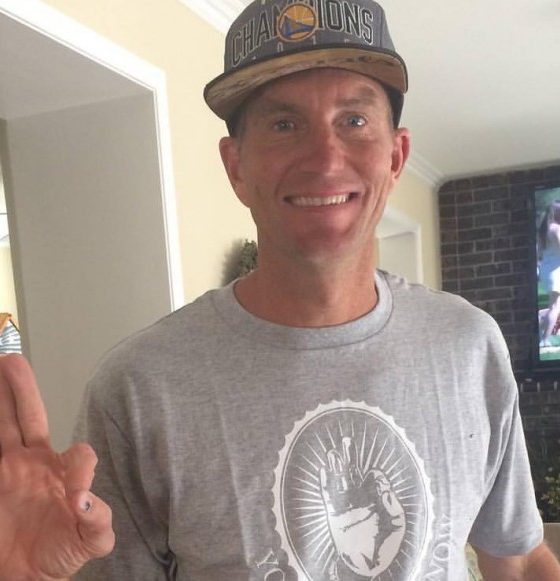 The inaugural “Play Like Geno” 3 on 3 Tournament will be held in Eureka on Saturday, Oct. 22 and Sunday, Oct. 23 to honor the memory of the Basketball Jones founder who was killed in a car accident on Highway 156 in July. Sponsored by Eureka Parks and Recreation, this tournament will honor the memory of Hollister resident Gene Cotter, with all proceeds going to his wife and two children.

From his humble beginnings as a kid on the gravel courts of Redway to a South Fork High School all-state basketball phenom in the early 1990s, Cotter went on to successful seasons at both College of the Redwoods and Holy Names College in Oakland, before founding Basketball Jones Hoop Camps in 1996. This year marked the 20th anniversary of the popular basketball camps, which served youth throughout Northern California from Eureka all the way down to Salinas.

Following Gene’s tragic passing this past July, the Eureka Parks and Recreation Department offered to sponsor a 3-on-3 tournament in his honor, to be held at the Adorni Center and the Municipal Auditorium, with all the proceeds going to his family.

Players can register for the tournament by going to www.basketballjonescamps.com and clicking on the “Play Like Geno 3 on 3 Tournament” link.

The tournament will have eight divisions:

There is a maximum of four players per team, and each team is guaranteed a minimum of three games.

The registration fee is $85 per team for all adult divisions, and $65 per team for the high school, junior high, and elementary divisions. Prizes will be awarded to the top three teams in each division.

Space in the tournament is limited, so teams are encouraged to sign up soon.

For those traveling from out of town for the tournament, The Red Lion Inn has a $79 group rate for participants. Call (707) 445-0844 and mention the “Play Like Geno 3 on 3 Tournament” to book your room at the group rate.